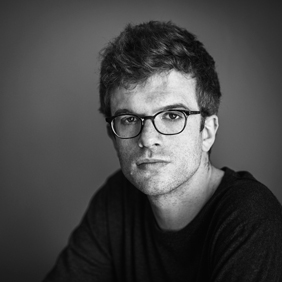 Introduced to the piano by his father, a pianist and conductor, Pierre Chalmeau began his musical education at the Conservatoire National Supérieur de Musique et de Danse de Paris, where in 2002 he was awarded the first prize for piano and chamber music. He studied piano under Billy Eidi, Chantal Fraysse and Brigitte Boutinon-Dumas, chamber music under Paul Boufil, and orchestration and musical analysis under Alain Louvier. During his studies, he also received guidance from pianists Pascal Nemirovski and Ventsislav Yankoff.

Chalmeau distinguished himself at the Maria Canals and Teresa Llacuna Competitions in 2009, the Premio Jaén in 2010, the International Johannes Brahms Competition in 2010 and the Vittorio Gui Competition in 2011. Over the course of master classes and academies, he has benefitted from the teaching of Jean-Claude Pennetier. He is currently furthering his studies with Thierry Rosbach and receives regular guidance from Tatiana Zelikman.

His interest for contemporary composition has led him to collaborate with a number of composers: Jean-Charles Robin-Gandrille, premiering the Polychromies et Instants Oniriques, that were dedicated to him; Jean-Bernard Collès, who dedicated his 6e Cahier d’Hallucinations to him; Benoit Menut, whose Après une Lecture de Dante he premiered with cellist Claire-Lise Démettre at the Jeunes Talents Festival in Paris; and Julien Gauthier, several of whose pieces he has recorded with viola player Hélène Desaint.

Composer and pianist Franck Krawczyck has had him participate in several music projects held at the Lavoir Moderne Parisien, as well as at the Musée d’Art et d’Histoire du Judaïsme (Paris) for the Gute Nacht installation directed by artist Christian Boltansky. Chalmeau and Krawczyck collaborated with the Accentus Choir under the baton of Laurence Équilbey for a 2008 tour in France and Germany focused on the composer Hans Eisler.

Between 2008 and 2011, Chalmeau performed in a duo with violinist Rachel Givelet; they featured as guests in a programme devoted to young musicians on one of France’s major classical music radio stations.

In 2015, Chalmeau was invited to tour with the Mélo’dix Orchestra to perform Ludwig von Beethoven’s Fourth Concerto, op. 58. He also performed at the Abbey of Royaumont during Alexei Lubimov’s master classes on ancient instruments. In addition to his extensive work on Louis Couperin, Chalmeau is collaborating with Carjez Gerretsen on a project that intertwines the repertoire for piano and clarinet with German lieder.