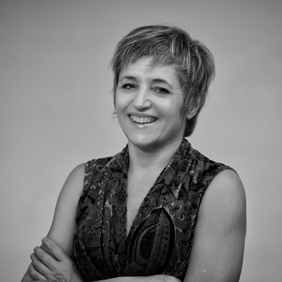 Solidity, ardour, virtuosity, profundity and generosity – such are the words with which the press acclaims violinist Marianne Piketty, an artist who has developed an eclectic career ranging from Bach to Piazzola, and includes recitals, chamber music concerts, original duos, the classical repertoire, as well as little-known works and contemporary compositions.

Piketty was only seven years old when she made her solo debut at the Salle Pleyel in Paris. A graduate of the Conservatoire National Supérieur de Musique de Paris and the Juilliard School, where she was in the class of Dorothy DeLay, she also studied with Itzhak Perlman.

Her debut at Carnegie Hall was highly praised and she went on to pursue an international career. Invitations to perform as a soloist took her from Paris to Saint Petersburg, where she worked with conductors such as Yehudi Menuhin, Pascal Verrot, Pascal Rophé, Georges Pehivanian and Eric Bergel.

Always eager to perform new works, she has commissioned pieces from numerous contemporary composers and gave the world premier of Renaud Gagneux’s concerto in Kiev with the National Philharmonic of Ukraine.

Her discography is prodigious, with CDs notably including the complete works for violin solo by Eugène Ysay and the complete works for violin and piano by both Gabriel Pierné and Guillaume Lekeu. Her latest recording, Bohemia, with pianist Dana Ciocarlie, has been praised by the press. Le Monde wrote, “They are a truly exceptional duo. There is a touch of Paganini at the tip of Marianne Piketty’s bow and there are Romany genes in the strings.”

In 2013, Piketty put together Le Concert Idéal ensemble which in 2015 performed both Vivaldi’s Four Seasons and Piazzolla’s The Four Seasons of Buenes Aires at the Théâre de Châtelet, Paris, before continuing with 25 additional performances at another Parisian venue, the Théâtre du Ranelagh. The ensemble is scheduled to release their first recording with Harmonia Mundi’s Little Village label in April 2016.

A highly sought-after teacher, Piketty teaches at the Conservatoire National de Lyon and gives many master classes throughout Europe and Asia. She is artistic director of the Solistes de la Villedieu for the promotion of classical music, the Rencontres Internationales de Mirecourt and the Musique aux Quatre Horizons in Ronchamp.