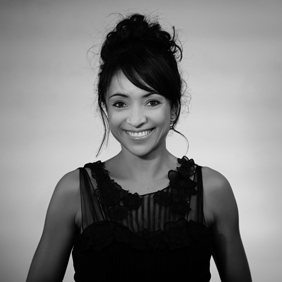 Immediately after completing completed her studies at the Conservatoire National Supérieur de Musique de Paris under Christiane Eda-Pierre and Christiane Patard, finishing with the first prize awarded by unanimous decision of the jury, Magali Léger took to the stage. In 2003, she was nominated in the Revelations of the Year category at the Victoires de la Musique Classique. She has worked with directors such as Laurent Pelly, Raoul Ruiz, Jérôme Deschamps, Macha Makeieff, José Montalvo, Dominique Hervieu and Daniel Mesguich. The conductors with whom she works include Marc Minkowski, Michel Plasson, Maurizio Benini and Emmanuelle Haïm,with her Concert d’Astrée ensemble.

Notable roles she has played in her opera career include Eurydice in Orphée aux Enfers, Norina in Don Pasquale at the Opéra de Lyon, Blondchen in Die Entführung aus dem Serail conducted by Marc Minkowski at the Aix-en-Provence festival, Minka in Le Roi Malgré Lui conducted by Evelino Pido, Léonore in L’Amant Jaloux at the Opéra Comique de Paris and the Opéra Royal de Versailles, under the direction of Jérémie Rohrer.

Magali Léger regularly gives concerts with the pianoforte player Rémy Cardinale, focusing on the German lied and French mélodie. For several years she has been working with composer and pianist Michaël Levinas, with whom she recorded La Bonne Chanson by Fauré.

Léger has been working with the Rosasolis baroque ensemble since its inception. Numerous concerts and two CDs (Handel in 2009 and Pergolesi in 2010) testify to the profound artistic bonds that tie her to these musicians.