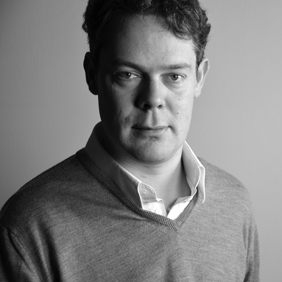 Pianist and conductor Julien Guénebaut began his musical studies in Aulnay-sous-Bois where his piano teacher was Dominique Lenert; he then was awarded a Premier Prix for piano at the Paris Conservatoire (CNSM) with teacher Bruno Rigutto. He carried on with great masters like Josef Pálenicek, Marie-Françoise Bucquet who became his main teacher. His musical studies reached a peak when he met Alfred Brendel, for he had the good fortune to take private lessons with the maestro, thus capitalizing much invaluable advice.

He regularly gives recitals and plays chamber music, notably with Patrick Gallois, André Cazalet, Ophélie Gaillard... and plays in duet with the violonist Lyonel Schmit. He is also invited to play as a soloist by orchestras. He played in 2007 Jose-Luis Campana’s concerto “Ser” in first performance with the national Catalonia orchestra conducted by François-Xavier Roth.

Conducting is equally prominent for Julien Guénebaut. He regulary conducts works from a variety of repertoires including music of the present day which he particulary appreciates; he likes to work in close collaboration with composers, often with ARCEMA ensemble. With various orchestras, he has also accompanied famous soloists Radovan Vlatkovic, Bruno Rigutto, Nicholas Angelich, François-Frédéric Guy, Jorge Chaminé, Jean Geoffroy, Philippe Muller... He was recently invited to conduct the “Jyväskylä Sinfonia” in Finland.

A passionate musician, very much involved in transmitting his love for music, he is often a special guest in Jean-Pierre Derrien’s radio programs on France-Musique.