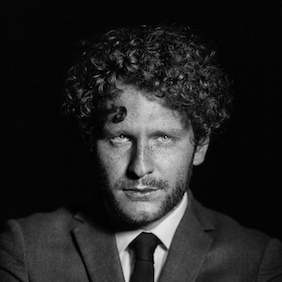 30-year-old composer Jules Matton, signs here his first disc. He graduated from the Juilliard School of Music and Dance in 2013, and his former professor, John Corigliano, deems him “remarkably talented”, with “impeccable technique”. He received grants from the Marcel Bleustein-Blanchet Foundation, the Catholic University of Paris and, in 2015, the Banque Populaire Foundation. Praised by composers
such as Thierry Escaich, Philippe Hersant, Richard Dubugnon, and Nicolas Bacri, he has performed at Carnegie Hall, at the DiMenna Center for Classical Music, at Duke's Hall, at the Salle Cortot, at the Montpellier Corum... Many musicians and ensembles have performed his pieces: Victor Julien-Laferrière, Bruno Philippe, Jerôme Pernoo, Jodie Devos, the National Ile-de- France Orchestra and many others. In 2014, he became composer-in- residence at the NYC based Æon Music Ensemble and the Festival Classic in Guéthary (French Basque Country). Jules Matton is currently working on his first opera – The Odyssey – at the behest of the Quatuor Debussy and the Imperial Theater in Compiègne.