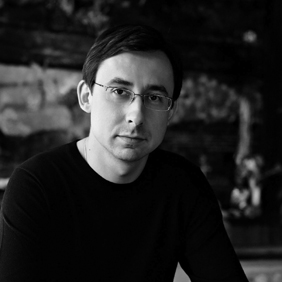 BBC Russia named Alexander Kobrin the “Van Cliburn of today”, putting him in the front row of musicians of his generation.

Internationally acclaimed pianist Alexander Kobrin was born in 1980 in Moscow. At the age of 5 he entered the Gnessin’s Special School of Music, where he completed his studies with prof. Tatiana Zelikman, and went on to further his skills at the Moscow Tchaikovsky Conservatory with prof. Lev Naumov. Alexander Kobrin is the winner of numerous international piano competitions - notably the Van Cliburn International Piano Competition. He was also the winner of Busoni, Hamamatsu, and Glasgow International Piano Competitions. Since receiving the Gold Medal at the 12th Van Cliburn Competition in June 2005, Alexander has solidified his reputation with an outstanding first tour of the United States. Past performances include recitals at Bass Hall for the Cliburn Series and the Washington Performing Arts Society, followed by further debuts at La Roque d’Anthéron, the Ravinia Festival, the Beethoven Easter Festival, the Hannover Prize Winners Series, the Enescu International Festival in Bucharest, and the Klavier-Festival Ruhr, with critics praising his “interpretative musicianship [and] considerable insight,” and his “elegance, grace, and spirit.”

Alexander Kobrin’s debut with the New York Philharmonic at Avery Fisher Hall and the inaugural concert of the Bethel Woods Arts Centre was hugely successful; critics praised his “lyricism, which he couched in a thoughtfully shaped, singing line,” noting, “when he addressed the barnstorming passages on their own terms, he did so with a steely edge and ample - if thoroughly controlled - force.” Other noteworthy critical acclaims include reviews in New York Times and Gramophone Magazine - describing his playing as “memorably personal and stylish” and “hypnotic.” Alexander showed the strength of music in yet another way in 2005, when he was the first to give a charity recital in New Orleans, Louisiana after hurricane Katrina.

Though acclaimed as a performer, Alexander Kobrin, as a teacher, has been a true inspiration to students through his passion for music. He served on the faculty of the Gnessin’s Academy of Music from 2003 to 2010. Since 2006 he has been on the faculty of the IKIF at Mannes College of Music, and is now the “L.Rexford Whiddon Distinguished Chair in Piano” at Schwob School of Music at Columbus State University. In 2013, he joins the Artist Faculty of Steinhardt School for Piano Studies at New York University.